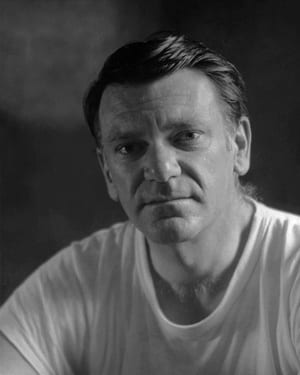 Robert “Bob” Baird Mielke, 93, passed away on April 16, 2020, at Pacifica Senior Living in Oakland CA, where he’d lived since 2012, after moving from his long time home in Berkeley CA. He was born on 07/12/1926 & raised in San Francisco, CA by his parents, Cressida & Frederick Mielke, along with his brother, Frederick Mielke, Jr., and sister Cressida “Bunny” Mielke.

Bob graduated from Lowell High School in San Francisco, CA in 1944. He enlisted in the U.S. Navy, receiving an Honorable Discharge in 1946, as an Apprentice Seaman V-6 USNR. Bob recalled that he didn’t want to be an officer, he wanted music instead! He received a BA in both Social Science & in Music from S.F State University. He later attended UC Berkeley, majoring in Sociology, dropping out when his wife, Frances died in Sept., 1960, at just 34 yr. of age. In 1973, Bob remarried & was later divorced from Nora Rezieff Peck.

Bob held a position with CalPers (CA Public Employees Retirement System) as an “Associate Research Analyst,” commuting to Sacramento, CA for 20 years. Bob was an avid photographer, a celebrated trombone player & leader of the “Oakland A’s Swingers” (a dixieland jazz band that played half-time at Oakland A’s baseball games for over 20 years), and “Bob Mielke’s BearCats.” Music was always his first love.

There will be no service at this time, due to current COVID restrictions, tho a party may be planned in the future. To plant a tree as a living memorial: https://www.alivingtribute.org/

The family invites you to share your memories of Bob, on the Condolence link below.

Dave Radlauer has written the following tribute to Bob’s long and respected career as a jazz musician.

The passing of trombone player and bandleader Bob Mielke (1926-2020) at age 93 was the result of age and fragility, not the pandemic.  He was in slow decline for decades, though able to play at parties and special events until recently.

Mielke (pronounced, “milky”) and his East Bay jazz ensembles, most notably The Bearcats Jazz Band, were a distinct and independent voice in the great Traditional Jazz revival that swept through San Francisco and environs in the mid-20th Century.  He was one of the most imaginative trombonists to emerge from the Frisco Revival.

By 1955 Bob Mielke and The Bearcats were leading a second wave of the Frisco Jazz Revival at The Lark’s Club in Berkeley.  Shaping a distinctive sound based on driving rhythms, creative soloing and skilled voicing of the horns, Bob and his associates fused New Orleans ensemble parts with Kansas City-style riffing.

Mielke’s bands were bold and inventive, rejecting the prevalent Dixieland formulas of Eddie Condon’s jam sessions, East Coast cutting contests and the Traditional Jazz style of Lu Watters and Turk Murphy.  Instead, they adopted as a starting point the popular New Orleans four-beat style associated with George Lewis or Jim Robinson, adding their own innovations.

It was a solid quintet playing a limited role at home games of the Oakland A’s Major League Baseball team.  On the side, Bob booked the jolly quintet for sports, civic, casual or Trad Jazz events, as heard and vividly depicted in The Horns of Summer.

During the 1980s and ‘90s, Bob Mielke’s New Bearcats carried the music forward, performing at nightclubs, casuals, Trad Jazz events and festivals.  He was playing with a wide range of groups — most notably in the Golden State Jazz Band of Ev Farey and jazz ensembles of singers Barbara Dane and Barbara Lashley

In the 2000s, accidents and physical challenges sidelined Bob, though he remained a beloved musician.  Enduring a slow decline over decades, he loved blowing trombone at parties and informal jams.

Leaving an indelible imprint on the Frisco Jazz Revival, Bob Mielke was an original bandleader was a distinctive instrumental voice.  Mielke’s passing closes the chapter on a second generation of West Coast Traditionalist musicians who built their personal mode of expression drawing from New Orleans music, the sounds of early records, Harlem, Chicago and Kansas City Jazz.

“He had the darkest and richest trombone sound one could produce.  He was a great thinker about music and jazz, his sometimes-grumpy exterior protected the soul of a great artist. I will miss his beautiful tone and perfect trombone lines in the ensemble, and the conversations about all kinds of art from classical music to photography . . .  Godspeed Bob, you will be missed.”