As a child, he moved frequently with his family amid the upheaval of two wars, from Xiamen to Chongqing to Nanjing. In 1949, the family left for Taipei, Taiwan where he grew up and attended National Taiwan University. He went on to earn a Ph.D. in Chinese History at Harvard University. Shortly before he left for his studies abroad, he met a young Jung-Jung Liao at the beach. The two hit it off, and for four years they would exchange letters and photos between Taipei and Cambridge, MA until Jung-Jung graduated from college and joined him in the US.

In 1998, he retired from OSU, and he and Jung-Jung packed up their suburban Ohio home to move across the world to Hong Kong where he would teach at the University of Science and Technology. They spent seven delightful years there in a flat overlooking Clear Water Bay, among dear friends and colleagues, and situated in a rich and stimulating environment for Chinese studies.

In 2005, he and Jung-Jung returned to the U.S., this time to Reston, VA in the Washington, DC area. In these years, they saw their daughters marry and their three adored grandchildren arrive. Jung-Jung would later develop Alzheimer’s Disease, and it was then that Chang Hao, who had always been the one taken care of throughout his life, quietly took the reins and devoted all his energy to caring for Jung-Jung and managing the household. By the time Jung-Jung passed away in 2019, he too had developed Alzheimer’s. He soon moved out to Albany, CA to be close to Charlotte and friends and family. Two and a half years later, during which he endured a global pandemic and persistent health challenges, he passed away suddenly in his apartment.

Chang Hao was a preeminent scholar of modern Chinese intellectual history and the history of Chinese political thought. He published books and articles in English and Chinese, received numerous awards and distinctions, and was most known for examining the interplay between Confucian traditions and modern thought. This included a lifelong interest in what he termed “dark consciousness,” the human awareness of the potential for evil and corruption in humankind and its institutions, and its implications for democracy. In 1992, he had the honor of being elected as a member of Taiwan’s Academica Sinica. Just this February, the National Central Library of Taiwan held a ceremony commemorating the donation of his sizable library and scholarship.

For most of his adult years, his work was his life. Yet he would say his research never felt like work – the scholarly questions he pondered and researched fed his soul and he was exactly where he wanted to be. Remembrances have been held in honor of his scholarly contributions across Taiwan, Hong Kong, and China.

Immersed in ideas at all times of day, he surrounded himself with piles and piles of books, newspapers, magazines and journals, notes and papers. There was always a pen in his shirt pocket, and an overstuffed little calendar book for notetaking. He was among the last of the generations to have never used a computer – he wrote his books and articles all in longhand on yellow legal pads and relied on the goodwill of Jung-Jung, his daughters, his students, and department secretaries to type out his illegible scrawls.

Outside of his work, he was a simple man. Family was everything to him, and he loved to be at home. He was patient and admiring of his opinionated and spirited wife and daughters, and doted on his two little dogs, Oscar and Michiko. He cherished his lifelong friendships and found new friends everywhere with his easy humor and ability to seek common humanity among strangers. He would debate intellectual questions for hours on the phone with fellow historian friends, and just as happily drop into the store to ask after the health of his favorite checkout cashier who sold him the lotto tickets he bought on the sly. He walked for exercise every single day before the pandemic, sometimes in grocery store aisles, sometimes inside the house, sometimes late at night with the dog.

He wanted for very little and was grateful to have a comfortable life. He loved humor both broad and sharp and made watching Three’s Company, Seinfeld, Mr. Bean and Archie Bunker daily rituals. He was known among his friends and family for his own brand of humor that built others up and took himself (and a few of his oldest friends) down. He sang loudly and unselfconsciously in a pleasing baritone, and loved folk songs most of all: sentimental Chinese songs of his youth, as well as the soulful yearnings of Danny Boy.

Chang Hao was a man of great courage. Experiences with serious illness, starting in childhood, tempered the steel of his spirit which he took into all the greatest challenges of his life. When faced with adversity, he was unflinching and uncomplaining, and moreover, always saw himself as very lucky. He was deeply, surprisingly, optimistic.

He was not perfect. He had flaws, foibles, and blind spots. But he was readier than most to acknowledge and laugh at them, and was less defensive than most when he could not. He was grateful for all he had and all he had seemed to grow more beautiful to him with time. He lived a long and full life, and it was often a rich and good one. He is deeply missed.

In lieu of flowers, please consider a donation to the following organizations which reflect the values of Chang Hao and his family:

My deepest condolences to Connie, Charlotte, and all of the family and friends of Professor Hao Chang. - Brian Coleman

To our most beloved mentor Prof. Chang, We are very sad to say goodbye to you. We had the most happiest times with you and your family at Columbus OH from 1984-1992. You are always on our mind. Rest in peace. With Love.

Lunch will be served outside on the patio at 11:30 a.m. All attendees must wear masks.

(There are no services being held at Sunset View Mortuary)

Livestream and recording. We will be livestreaming Chang Hao’s memorial, and the recording will be available afterwards. The livestream will begin on Monday, June 27, 2022 at 12:30 p.m. Pacific Time.

For both the livestream and the recording, please use this link: https://youtu.be/KFVFzEZ_mDY

For technical assistance during the livestream, please text or call Susan Wang at 650-704-7488.

Kudoboard. We have created an online kudoboard for anyone who would like to share words or photos. Here is the link: https://www.kudoboard.com/boards/XpEaQz7i

Please contact Charlotte Chang cychang1@gmail.com or 510-333-0089 with any questions. 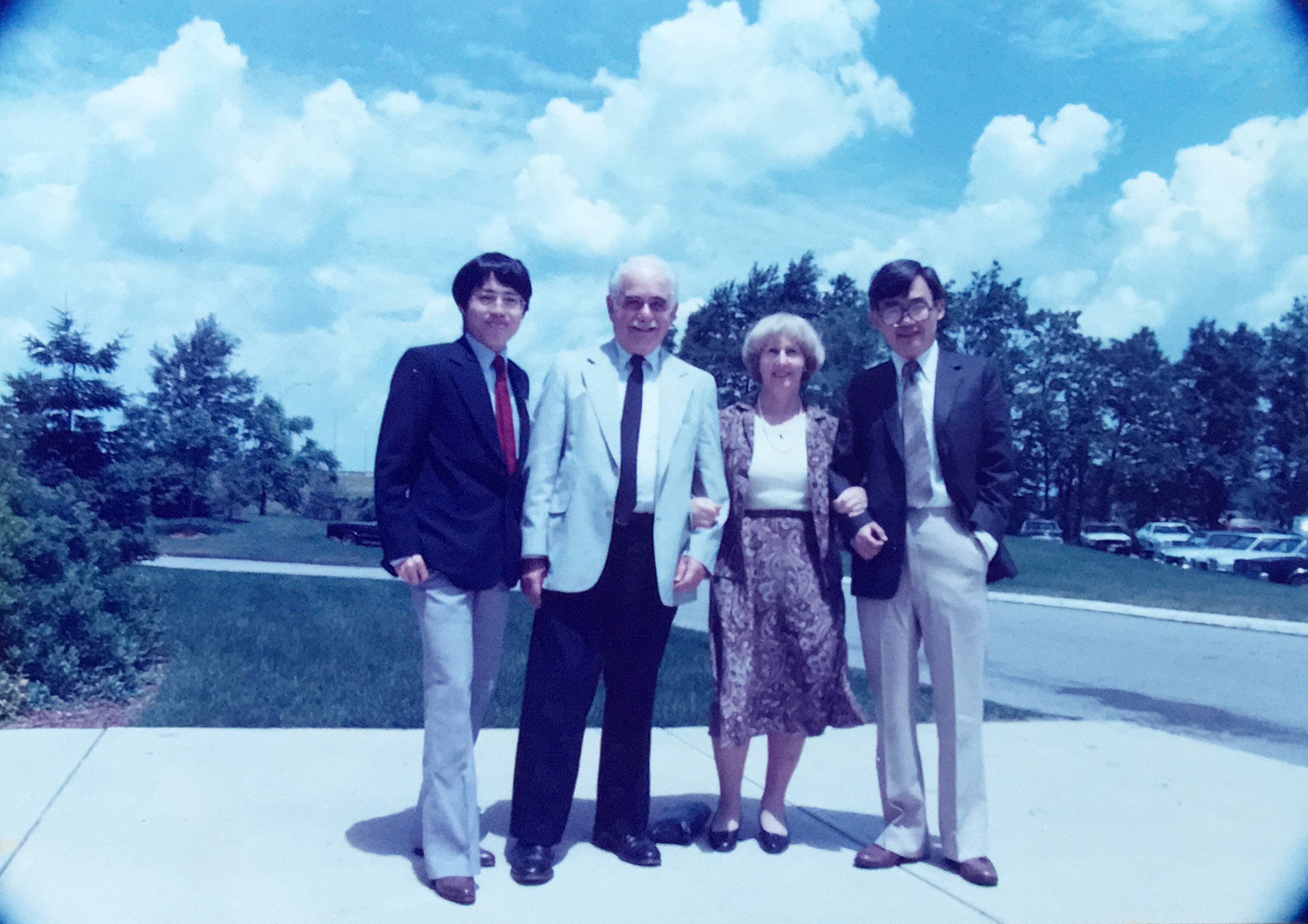 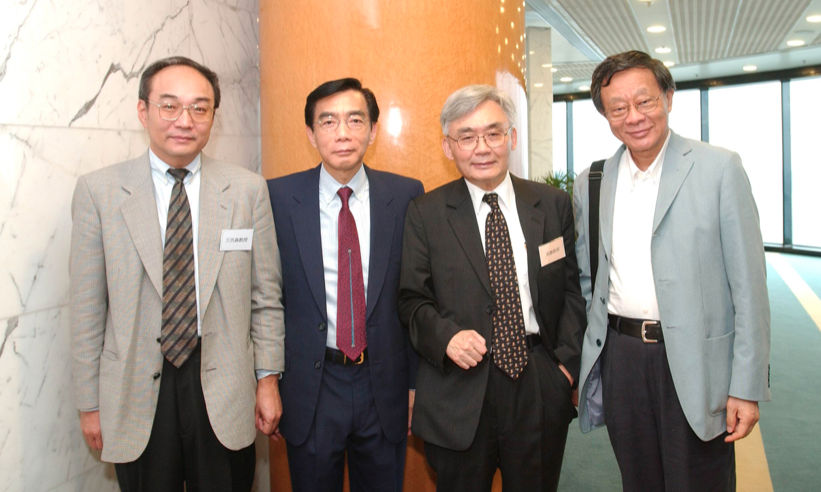 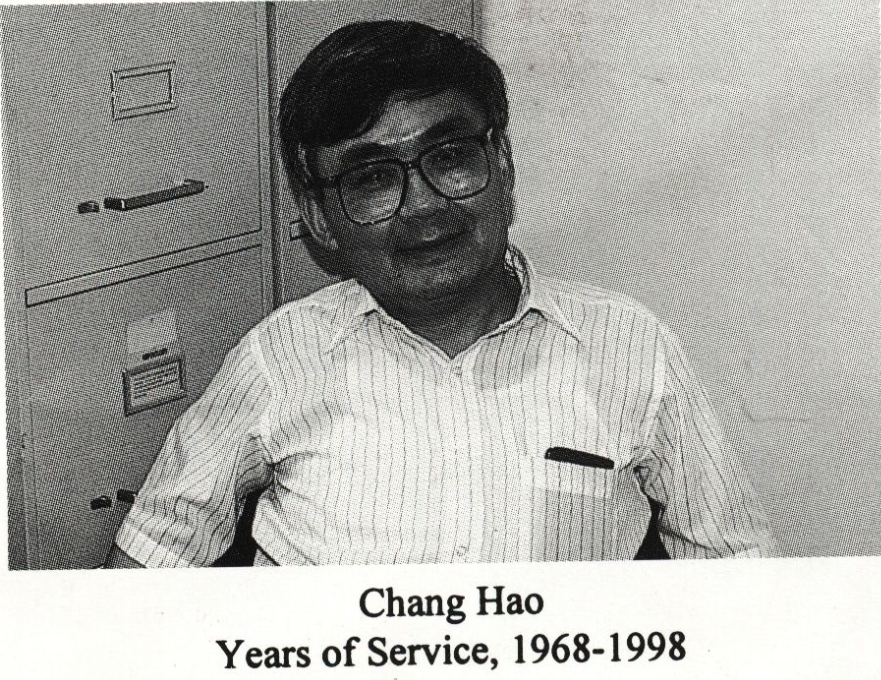 My deepest condolences to Connie, Charlotte, and all of the family and friends of Professor Hao Chang. - Brian Coleman

To our most beloved mentor Prof. Chang, We are very sad to say goodbye to you. We had the most happiest times with you and your family at Columbus OH from 1984-1992. You are always on our mind. Rest in peace. With Love.