Cecelia deGiere passed away suddenly on May 16, 2015 in her longtime home by Rio Del Mar beach. She will be missed and remembered for her deep care of people, animals, and nature.

Cecelia was born in Oakland, CA and raised in nearby El Cerrito with her brother Bill Butt (Crockett, CA). There, she found an early passion for education and helping others through volunteering with the Richmond Unified School District while she was in high school. After graduating from UC Berkeley, she moved to Aptos in the 1970’s where she raised her two children, Paul DeGiere (Monterey, CA) and Marc de Giere (Santa Cruz, CA). She was a compassionate and supportive mother who felt equally grateful for her children and to be able guide their growth.

Cecelia earned her teaching credential through UC Santa Cruz. She worked as a Vocational Specialist and Program Specialist, helping middle and high school students with special needs. To borrow her own words, she “provided countless opportunities for students with every kind of disability to remain in school, learn a profession, and gain a sense of worth.” Cecelia joined the Pajaro Valley Unified School District Workability Program and eventually became its Director, helping it grow from a charter site to one of the best programs in the state, notably as a model for transition services. Many of the materials she developed are still in use, such as the Career Development Handbook. She was honored as Educator of the Year and Outstanding Educator by the Private Industry Council of Santa Cruz County. Cecelia also served as a Commissioner for the Juvenile Justice Commission of Santa Cruz County and worked for Santa Cruz City Schools at the end of her career.

After retiring from Pajaro Valley School District, Cecelia worked as an interpreter for the Seacliff State Beach Visitor Center and as a docent for many local parks, where she could pursue her passion for California’s natural beauty and share it with others. An active member of the Sierra Club, her love of our parks, (Monterey Bay, Yosemite, Hawaii, and beyond) was most enjoyed through hikes with friends and family, where she would share great conversations and simply marvel at nature’s gifts. She enjoyed other types of fitness and participated in many races, including marathons. But most often, she would be found walking or running from her home to her nearby beach. She loved her home, her neighborhood, and saying “hi” to the otters, seals and dolphins during these daily trips. More than any other animal, she cared dearly for her dogs, who provided her with endless love during the last years of her life.

Cecelia had a deep passion for the arts. Her childhood was marked by a promising career in piano performance, and while she set this aside in favor of a college degree, she continued to play throughout her life and listen to music in all shapes and forms. She also was an accomplished artist, producing numerous works as a student and discovering photography later in life.

Travel became her muse. In her photographs, one could see the cultures she encountered in India, Israel, Europe, and the Americas. They were portraits of her concern for injustice, her deep appreciation for human dignity, her sense of wonder, her love of color and creative expression. These photographs were featured in an exhibition at Aptos Library, where she was also a regular patron, satisfying her other artistic passions for literature and film.

Cecelia was a model of unconditional love. She was cherished by her friends who counted on her as a sister in their family of choice! She created so many traditions, occasions and events that brought us all together – friends and family.

In this same spirit, a private memorial will take place at her home on July 18th where friends and family will gather, once more, to celebrate her life. 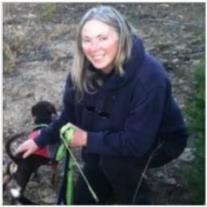 Help tell the story of Cecelia by contributing to the Life Event Timeline. Upload the photo of an event...