After a brief illness Jack Mahshi passed away peacefully at home at the age of 96. Born in Jerusalem, Palestine, he was the eldest son of Jamil Yacoub and Alexandra Mahshi. After receiving an associate degree in business administration at the American University of Beirut, he came to the US to attend the University of California at Berkeley. He graduated in 1953 with a BS in Landscape Architecture. After working for several Bay Area firms, he opened his own office, J J Mahshi & Associates, in 1958, specializing in commercial and residential landscape design.

As a registered landscape architect he held board positions in a number of professional organizations, including the Northern California Chapter of the American Society of Landscape Architects and the statewide California Council of Landscape Architects. Jack was active in numerous local community commissions, among them chairing the Albany Beautification & Development Commission and the Concord Design Review Board, of which he was a founding member. Jack also lectured at landscape design courses attended by a wide variety of groups, ranging from the San Francisco YWCA to the inmates at San Quentin.

Because of his love of plants and gardening, Jack enjoyed the fellowship to be found in a range of horticultural groups, including East Bay Rose Society, Contra Costa Rose Society, The Herb Society of America, Markham Regional Arboretum Society, and local bonsai clubs. He created a large collection of bonsai plants, finding this an artistic design challenge.

In 1978 Jack joined the Berkeley Rotary Club, where he quickly became involved in local and District 5160 projects. He headed up a district environmental committee that involved travel to international Rotary conferences in such far flung places as Chicago and Brazil. Assisted by his Swedish-speaking wife, Karen, he led a Group Study Exchange team of four young professional women on a 5-week tour of southern Sweden, where they met with business people with similar professions and gave talks to local Rotary clubs. This past autumn, at the time of retiring from active membership in Rotary, Jack had 38 years of perfect attendance. He was a Paul Harris fellow.

Jack is survived by Karen, his wife of 43 years, his sister Mary Cubeisy of Oakland, brothers George Mashy of Rancho Palos Verdes and Issa Mashy and wife Laila of El Cerrito, 12 nieces and nephews, and many relatives here and abroad.

The funeral service will be held on Friday, January 15, at 1 pm at Sunset View Cemetery, at Colusa & Fairmount Avenues, El Cerrito. Friends and relatives are also invited to a viewing and prayer service on Thursday, from 6 to 8 pm. In lieu of flowers a donation to the Building Fund of St. John the Evangelist Orthodox Church, 501 Moraga Way, Orinda 94563 (st.john.evangelist.orinda@gmail.com) is suggested. Jack was very involved in the church building projects and the landscape design of the property. 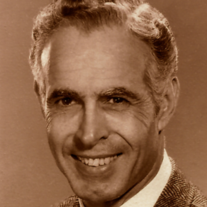 Help tell the story of Jack by contributing to the Life Event Timeline. Upload the photo of an event...