Charles Ralph Pagter Jr. died peacefully in hospice, in Albany, CA on Tuesday, March 1, 2016 at 89 years of age. Born November 10, 1926 in Savanna, IL he spent time as a child in Baltimore, MD before settling in Benicia, CA. Completing high school there, he enlisted in the US Army at the age of 18 in 1945 and was assigned to Operation Downfall, the planned invasion of Japan’s mainland. He was aboard Navy transports in the Pacific en route to the staging areas when the war ended. Honorably discharged on Christmas Day 1946 he settled in Berkeley, CA.

He enrolled in the UC Berkeley College of Engineering in the Electrical Engineering program. He survived meningitis, took a summer job with the US Post Office Department, met Alice Mae Dahl and married her. He had a successful marriage of over 50 years, had a son, Daniel Steven Pagter and maintained the family home in Albany for 59 years.

He retired from the Post Office with 38 years of US Government service in 1983. While he rose well into management, he was most proud of his service as a Letter Carrier in Berkeley and Albany. Upon retirement he stayed active in Postal Unions, the Democratic Party, VFW Albany Post 9879, as a supporter of USA Olympic Judo and the Albany YMCA Judo Club and active in numerous churches especially Shepherd of the Hills Lutheran Church and Lutheran Church of the Cross, both located in Berkeley.

He loved his family including siblings Ruth Sims and her children, Donna Ashley and David Sims; Edward Pagter and his children Melonie, Stacy Snodgrass and Scott; Carl Pagter and children Cameron and Corbin; Marjorie McCants and her children Charlotte (Susanne) Hoyt, Frankie and Freddie Hoyt, Deborah Faught and Dennis Hoyt; half sister Janice Snyder and son Allen Thomas Lundsford; half sister Charlotte (Lynn). In addition to his nephew Charles Henry Tronoff, he loved his many grand-nieces and nephews as well as a great grand-nephew.

Family and friends are invited to attend a visitation on Monday, March 14, 2016 from 4-8 PM at Sunset View Mortuary, junction of Fairmount and Colusa Aves. in El Cerrito, CA. Funeral Service on Tuesday, March 15, 2016 at 11:20 AM at the Lutheran Church of the Cross, 1744 University Ave., Berkeley, CA 94703 with interment to follow at Sunset View Cemetery.

In lieu of flowers donations may be made in his name to Youth Emergency Assistance Hostel (YEAH!) which provides case management for youth 18-25, many of whom are former foster youth, c/o Lutheran Church of the Cross, 1744 University Ave., Berkeley, CA 94703. 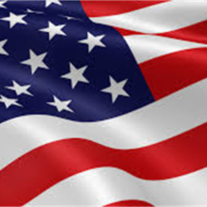 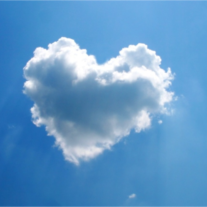 Lutheran Church of the Cross

Help tell the story of Charles by contributing to the Life Event Timeline. Upload the photo of an event...